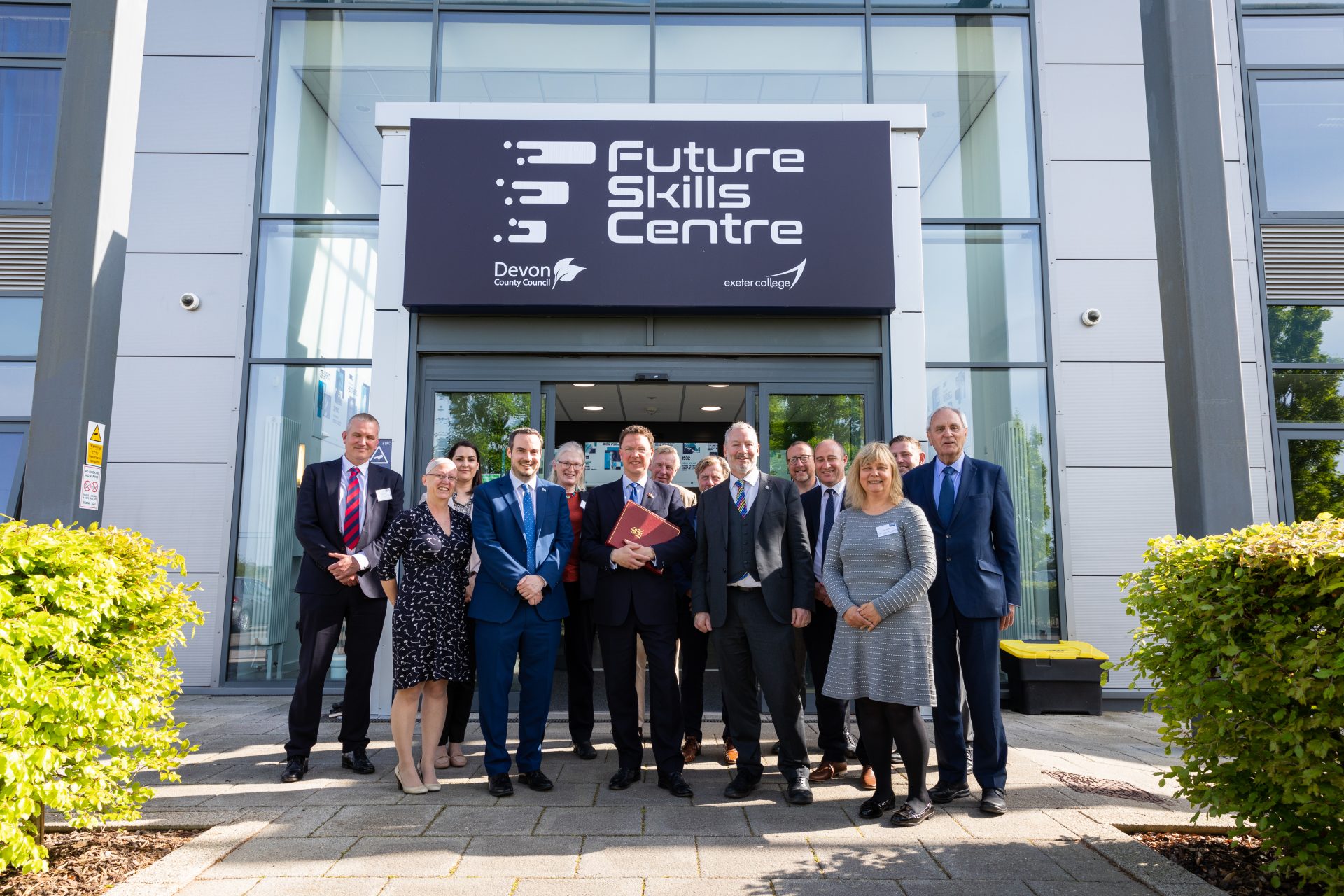 Aviation Minister Robert Courts has seen first-hand how the South West is fostering a sustainable aviation sector during a tour of Exeter College’s Future Skills Centre (FSC) and Exeter Airport.

The Minister heard how continued investment in aviation skills was increasing homegrown capability in the region and anticipating the aviation systems of the future, including the potential for all-electric aircraft as part of the Government’s Future Flight Challenge.

Aviation Minister Robert Courts said: “It is essential we continue exploring ways to maintain the UK’s competitive place in the aviation industry but we must do so sustainably.

“I’ve been deeply inspired by my visit to Exeter Airport and Exeter College’s Future Skills Centre, which are building the aviation industry of the future by investing in talent across the region – levelling up the UK and putting the South West on a path to success.”

The recent visit started with a tour of Exeter Airport, which last year hosted the first hybrid electric aircraft flight between Exeter and Newquay.

The Minister was shown the airport’s radar room and air traffic control (ATC) centre, where ATC assistants are trained in-house, before touring the terminal and hearing how the airport has been ramping up for the start of a busy summer season.

The Minister was then led on a tour of the FSC and spoke to students and lecturers on the Advanced Aircraft Engineering programme.

The Future Skills Centre, formerly the Flybe Training Academy, was recently purchased by Devon County Council. Exeter College now leases the site which has undergone big investment including the purchase of an Aircraft Training Cabin. The aim of the FSC is to provide learners of all ages with the skills and qualifications that are fit for the economy of the future.

Exeter College Principal and Chief Executive John Laramy CBE said: “It was an absolute pleasure to host the Aviation Minister, Robert Courts MP and the local Member of Parliament, Simon Jupp MP.  We were able to showcase the key role that aviation plays across the South West, with activity happening right across the region.

“The Minister spent time with a range of our students, including Air Cabin Crew learners and Aerospace Engineers, some of which are soon to attend a funded two-week trip to the world’s largest Aviation University at Daytona Beach, Florida in June as part of the Government’s Turing Scheme.

“The Minister saw first-hand the impact of the Future Skills Centre and the potential the Centre has to impact positively on skills across Devon and the wider region.”

Stephen Wiltshire, Managing Director of Exeter Airport, said: “This was a good opportunity to outline to the Minister how important aviation is to the local economy and our region’s ambitions to take a lead in the development of sustainable aviation. It was also a chance to update him on the start of the airport’s summer season and the challenges the industry still faces as we emerge from the pandemic.”

The day concluded with an interactive roundtable discussion which included the attendees as well as representatives from relevant organisations in the South West such as Devon County Council, East Devon District Council, Devon and Cornwall Police, Exeter Science Park, and the Aviation Industry Skills Board.